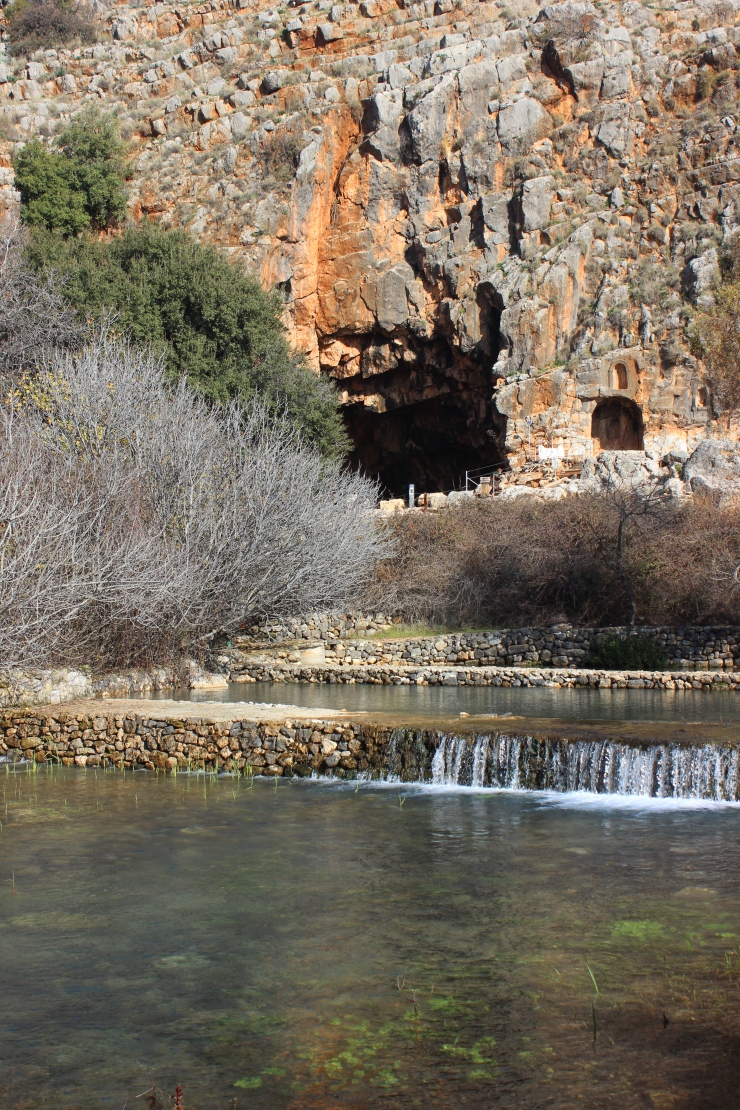 In Matthew 16, Jesus asked his disciples who they believed Jesus to be. It was on this occasion that Peter declared Jesus to be the Christ, the Son of the Living God. Jesus commended him and changed his name. In verse 18, Jesus said, “I also say to you that you are Peter, and upon this rock I will build My church; and the gates of Hades will not overpower it.”

A couple of days ago, I had the privilege of visiting the location near Caesarea Phillipi, where the Gates of Hades are located. As you can see from the picture above, the Gates of Hades is actually a cave where a spring originates. This spring is one of three springs that eventually forms the Jordan River.

Just to the right of the cave is an altar to the false god, Pan. The people of the first century considered the cave to be the gateway to the underworld (or gates of Hades). So when Jesus said, “upon this rock I will build my church; and the gates of Hades will not overpower it,” he was using an illustration close at hand to teach that the beliefs of this world will not prevail against the truth of the gospel.

As you worship today, remember that we serve the Christ, the Son of the Living God, The King of Kings and Lord of Lords, The Savior who conquered sin and death. There is nothing in this world that can stand up to that truth.